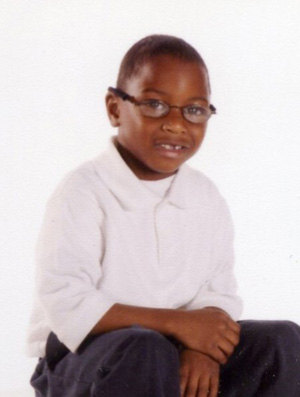 Breindon is just one of the thousands of children identified by the Alabama Eye Screening Program this year as having indications of a serious vision problem. His mother noted, “We knew that something was wrong, but we were unable to pinpoint the problem until the vision screening.” She went on to say,  “We thought Breindon was just clumsy. He was always tripping and falling and running into things.”

After a thorough examination at the eye doctor’s office, glasses were prescribed. Breindon was farsighted in both of his eyes with his left eye being more farsighted than his right eye. As soon as Breindon put on his new glasses, he said, “I can see!” His mother is pleased because prior to receiving his glasses, Breindon was doing poorly in school. Now, his schoolwork is steadily improving.

Breindon is an extremely active little boy. He loves to be outside and cannot stand to be kept indoors. He is eager to interact with everyone and everything around him. He loves to ride his scooter and his bike, and he really enjoys playing with his brother. Breindon also sings in the church choir.